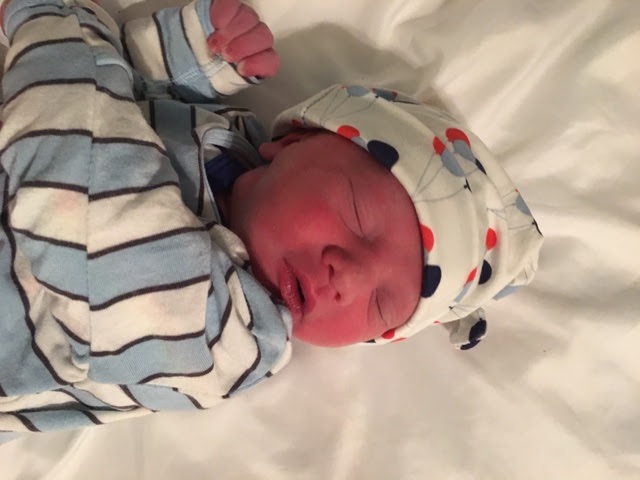 I have a new grandson.  His name is Bennett.  He is loved and precious and adorable, but his name was cause for much debate that continued until after he was born.  While playing with Bennett’s 4 year old brother Chayton, I called the newborn by name.  Chayton quickly let me know that “we have not decided between the name Bennett or Everett yet.”  I informed him that the decision had been made and baby’s name was Bennett.  Chayton exclaimed, “I HATE that name.  I want him to be named Everett.”  I apologized, but confirmed that the chosen name was Bennett.  Chayton, rather distraught, asked me, “Why did they mix up the names?”  I explained to him that his mom and dad must have chosen the name they liked the best.  Chayton then expressed to me this desire:  “I want my family to change his name.”  I told him I didn’t think that was going to happen.  He then said, “well, I just won’t call him anything.”  And that is about as rational as conversations with 4 year olds get.  But this discussion didn’t end there.  Chayton became increasingly unhinged as he brought up this name debacle at least 2 more times.  His attitude and entire demeanor went in the pooper over a name.

The decision to follow Jesus Christ is often referred to as being “born again”.  And just as a new born baby is given new names (welcome, Bennett Graham Sparks), we are given new names when we are “born again”.  The problem is, we often don’t live out the reality of our new names.  We fall back into old habits, we listen to the negative voices in our heads and we believe the labels a fallen society places on us.  Instead of our new names, we tend to hang on to old ones like “stupid”, “sinful”, “selfish”, “fat”, “unloved”, “unwanted”, “ashamed”.  Unfortunately, the list could go on and on.  The name you call yourself may not be on this list, but without even knowing who you are, I am positive that at one time or another, you have given yourself a negative moniker.  And I believe it grieves God as much, if not more, than Chayton was grieved over the baby’s name when we refer to ourselves with the wrong names.

When we come into relationship with God, He gives us a new identity in Him.  Nothing we have been before or done before matters.  That’s why we need new names.  It didn’t take long searching the Bible to come up with a working list of better names God gives us.  Here are a few:

1.  He calls you child.  (“See how great a love the Father has bestowed on us, that we would be called children of God; and such we are.”  1 John 3:1)
2.  He calls you friend.  (“I no longer call you slaves, because the slave does not understand what his master is doing.  But I have called you friends, because I have revealed to you everything I heard from my Father.”  John 15:15)
3.  He calls you beloved.  (“May the beloved of the Lord dwell in security by Him…”  Deuteronomy 33:12)
4.  He calls you a treasured possession.  (“For you are a people holy to the Lord your God.  The Lord your God has chosen you out of all the peoples on the face of the earth to be his people, his treasured possession.”  Deuteronomy 7:6)
5.  He calls you justified.  (“But they are justified freely by his grace through the redemption that is in Christ Jesus.”  Romans 3:24)
6.  He calls you a temple of His Holy Spirit.  (“Do you not know that you are God’s temple and that God’s Spirit lives in you”  1 Corinthians 6:19
7.  He calls you a new creation.  (“So then, if anyone is in Christ, he is a new creation; what is old has passed away – look, what is new has come”  2 Corinthians 5:17
8.  He calls you heir.  (“So you are not longer a slave but a son, and if you are a son, then you are also an heir through God.”  Galatians 4:7)
9.  He calls you free.  (“For freedom Christ has set us free.  Stand firm, then, and do not be subject again to the yoke of slavery”  Galatians 5:1)
10.  He calls you chosen, holy, and blameless.  (“For he chose us in Christ before the foundation of the world that we may be holy and unblemished in his sight in love” Ephesians 1:4)
11.  He calls you redeemed and forgiven.  (“In him we have redemption through his blood, the forgiveness of our trespasses, according to the riches of his grace” Ephesians 1:7)
12.  He calls you his workmanship.  (“For we are his workmanship, having been created in Christ Jesus for good works that God prepared beforehand so we may do them”  Ephesians 2:10)

This list is by no means exhaustive, but maybe it will give you a place to start when you need to be reminded of who and whose you are.