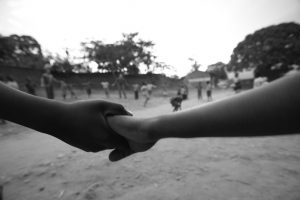 No, I haven’t been living in a cave the last two years.  Yes, I plainly see that there are still racial issues in our country.  For crying out loud, news broke this week that the Parkland, Florida shooter was a member of a white nationalist group.  Of course I know that racism exists.  And as an extension of that, white privilege is a thing.  But what I am embarrassed to say I am just awakening to is how widespread and embedded the problem is in our culture.  And how I can be contributing to the problem.

In it’s simplest terms, David Wellman defines white privilege as “a system of advantage based on race”.  That’s ugly.  As someone who came up through a racially diverse neighborhood and school system, it has been up to this point, easy for me to deny any such “system” exists.  There are no castes here.  There are laws to protect the rights of all colors, ages and ethnic groups.  For too long, I have worn blinders that modern-day racism is confined to the evil, unenlightened and ignorant.  That a small population of small-minded people are causing all of the problems.  I can’t hide in that bubble any more.  As a middle-class white woman, I can’t pretend that I truly understand, but I also can’t pretend I don’t know it’s there.
This week, I listened to a podcast featuring Duke Kwon, senior pastor of Grace Meridian Hill.  His church is in one of the most ethnically and economically diverse parts of Washington D.C.  He is an author and speaker for The Witness – a black Christian collective, and has contributed to the Reconciliation and Justice Network.  I heard Kwon explain white privilege in a way that finally penetrated my thick skull.  He defined privilege as being afforded something that you have not earned.  And then he challenged believers, saying that we should understand privilege more than anyone.  Because of Jesus, we are supplied with forgiveness, mercy, grace and salvation – none of which we have earned.
As much as I hate it and would like to believe this is not a wide spread problem, I know that there are places, people and situations who will react differently to me than they would a person of color.  There is a widely held understanding that mechanics treat women differently than men.  Why is the race card such a mental leap?  Speaking for myself, I so desperately didn’t want it to be true.  L. Pulido in an article in the Annals of the Association of American Geographers said, “whites do not necessarily intend to hurt people of color, but because they are unaware of their white-skin privilege, and because they accrue social and economic benefits by maintaining the status quo, they inevitably do.”
But I am unaware no longer.  “He reveals the deep things of darkness and brings utter darkness into the light.”  Job 12:22.  So I’m examining my heart and encouraging others to do the same.  I am learning that none of us are immune from pre-conceived ideas about people who are different.  I have heard the most outspoken advocates for the rights of their black child say the most racist things about Hispanics.  The enemy can plant harmful lies and hatred in dark corners when we aren’t looking.  We all need a good look under the hood, because racism is a heart issue.
Racism is also a kingdom of God issue.  “For God so loved the WORLD [emphasis mine].”  I cannot be for God without being for each and every one of you – regardless of ethnicity.  I don’t have all the answers, I’m still wrestling with myself on this.  So I will simply close this with a few scriptures about God, who is a God of justice and loves the nations.  May we learn to glorify Him in this.
“But let justice roll on like a river, righteousness like a never-failing stream!”  Amos 5:24
“He has shown you, O mortal, what is good.  And what does the Lord require of you?  To act justly and to love mercy and to walk humbly with your God.”  Micah 6:8
“For I, the Lord, love justice;”  Isaiah 61:8-9
“Learn to do right; seek justice.  Defend the oppressed.  Take up the cause of the fatherless; plead the case of the widow.”  Isaiah 1:17
“Do not pervert justice; do not show partiality to the poor or favoritism to the great, but judge your neighbor fairly.”  Leviticus 19:15

Thanks for subscribing! Please check your email for further instructions.