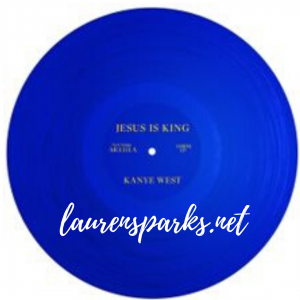 This headline leaves no doubt how the article’s author feels about the icon’s new album or his faith.  Jesus is King dropped three weeks ago, inciting discussion, news stories, social media commentary and even subject for sermons.  With each interview Kanye does to promote the music, speculation grows.  The recording – only 27 minutes long – continues to stir up a heap more controversy than any of his previous provocative, obscenity-laced material.

Michael Arceneaux, who wrote the Think piece mentioned above, wrapped up his post by stating, “Jesus might be king, but it’s not at his altar that Kanye is worshipping right now.”  The criticism aimed at West is not only for his art, but also for beliefs.  Most notably, Christians have publicly questioned his motives and sincerity.  Some believe it’s all a stunt to sell records.  Other think he’s paying lip service to the Creator with no real internal change.  And still more are waiting for this “phase” of his to wear off.

What I must ask is, who are we to judge the heart of anyone?

As one source is quoted, “Kanye used to be about nothing greater than himself.  Now it’s all about a higher power.”  He has publicly promised that he’ll never perform his old material again in its original form – opting instead to edit lyrics that aren’t God honoring and don’t represent the new person that he is.  While many remain skeptical of such a drastic turn-around, I say, how powerful is the God they serve?  Mine is powerful enough to redeem us from any sin, no matter how dark or depraved.  My God accepts anyone from any walk of life into His open arms.  That’s what Jesus came for.

Kanye may not say all the correct things, but who of us came to Christ with all the right ideas and language already intact?  When we choose to turn our lives over to God, salvation happens in a moment.  But sanctification happens over a lifetime.  We become more and more like Jesus the longer we walk with Him.  As the pastor at my church pointed out on Sunday, Kanye must live out the first days of his new life in Christ on a public stage for all to see.  I don’t envy him that.  He will make mistakes as He learns and grows, and my prayer is that we will not skewer him for it.  We must not compare his first year against another believer’s 20th.  Moreover, we shouldn’t compare at all.  We have to stop publicly flogging other Christ followers.  We should lift them up in prayer.  Particularly those with such enormous reach.

Everything that hath breath praise the Lord
Worship Christ with the best of your portions
I know I won’t forget all He’s done
He’s the strength in this race that I run
Every time I look up, I see God’s faithfulness
And it shows just how much He is miraculous
I can’t keep it to myself, I can’t sit here and be still
Everybody, I will tell ’til the whole world is healed
King of Kings, Lord of Lords, all the things He has in store
From the rich to the poor, all are welcome through the door
You won’t ever be the same when you call on Jesus’ name
Listen to the words I’m sayin’, Jesus saved me, now I’m sane
And I know, I know God is the force that picked me up
I know Christ is the fountain that filled my cup
I know God is alive, yeah
He has opened up my vision
Giving me a revelation
This ain’t ’bout a dead religion
Jesus brought a revolution
All the captives are forgiven
Time to break down all the prisons
Every man, every woman
There is freedom from addiction
Jesus, You have my soul
Sunday Service on a roll
All my idols, let ’em go
All the demons, let ’em know
This a mission, not a show
This is my eternal soul
This my kids, this the crib
This my wife, this my life
This my God-given right
Thank You, Jesus, won the fight